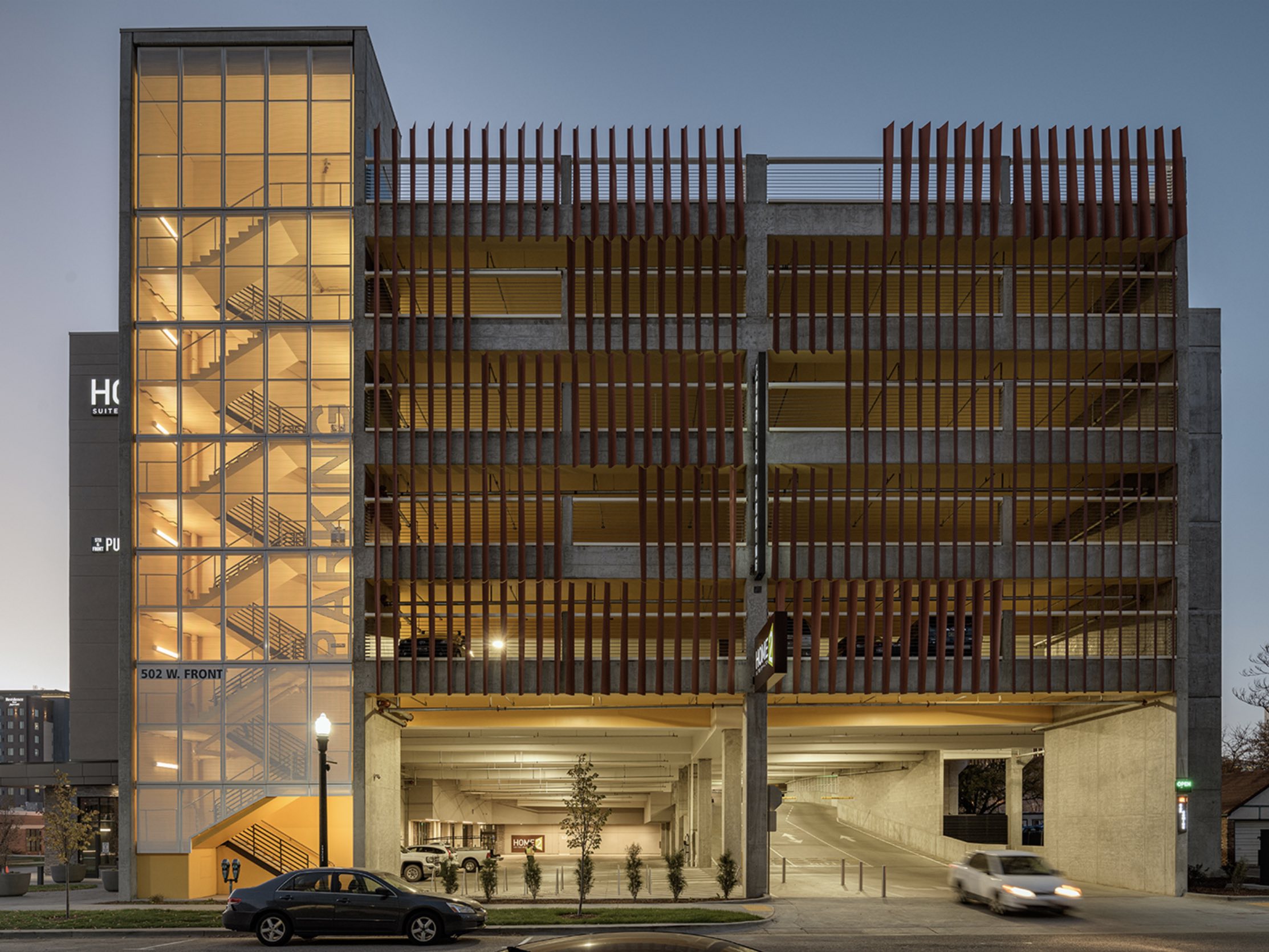 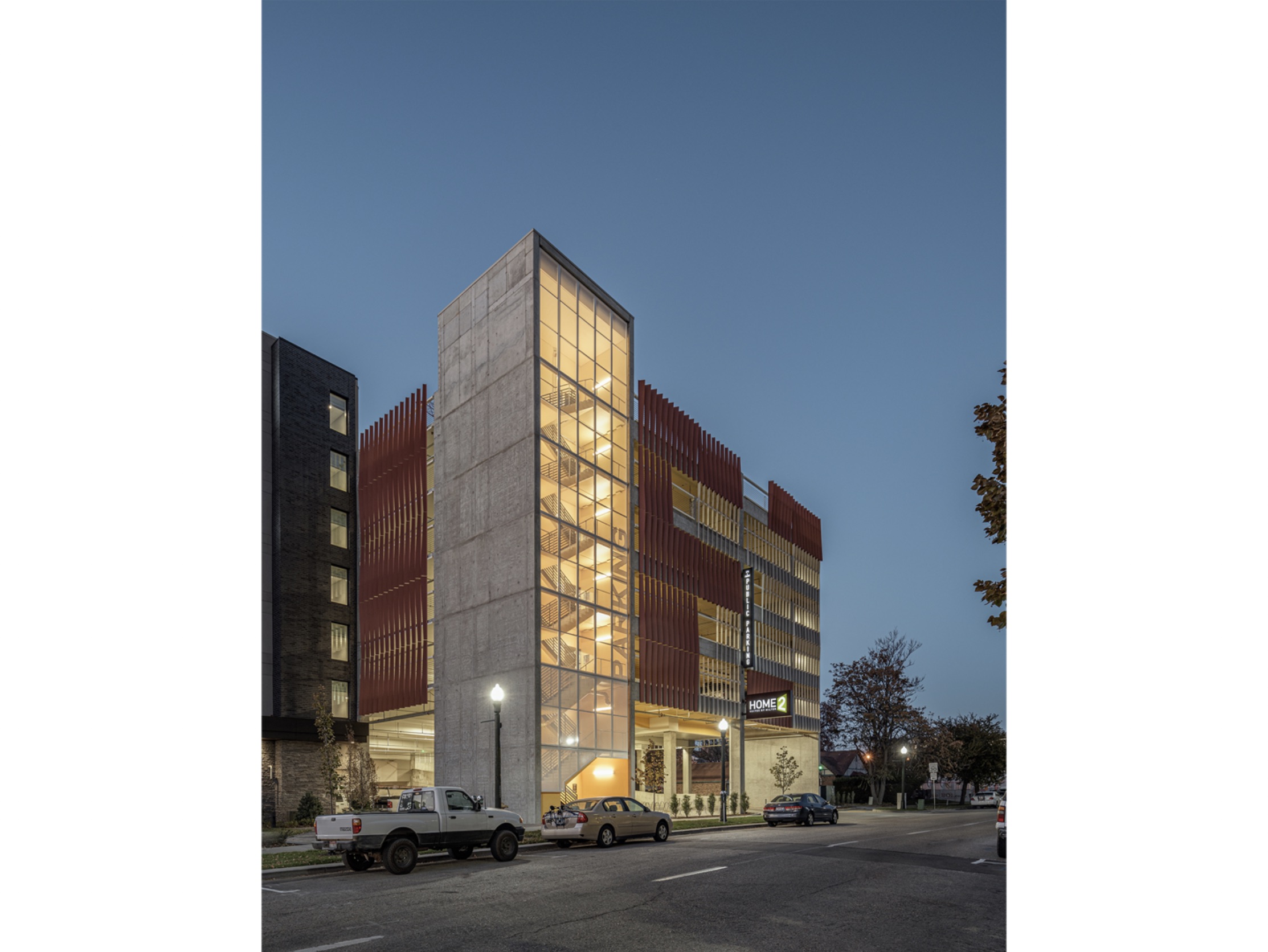 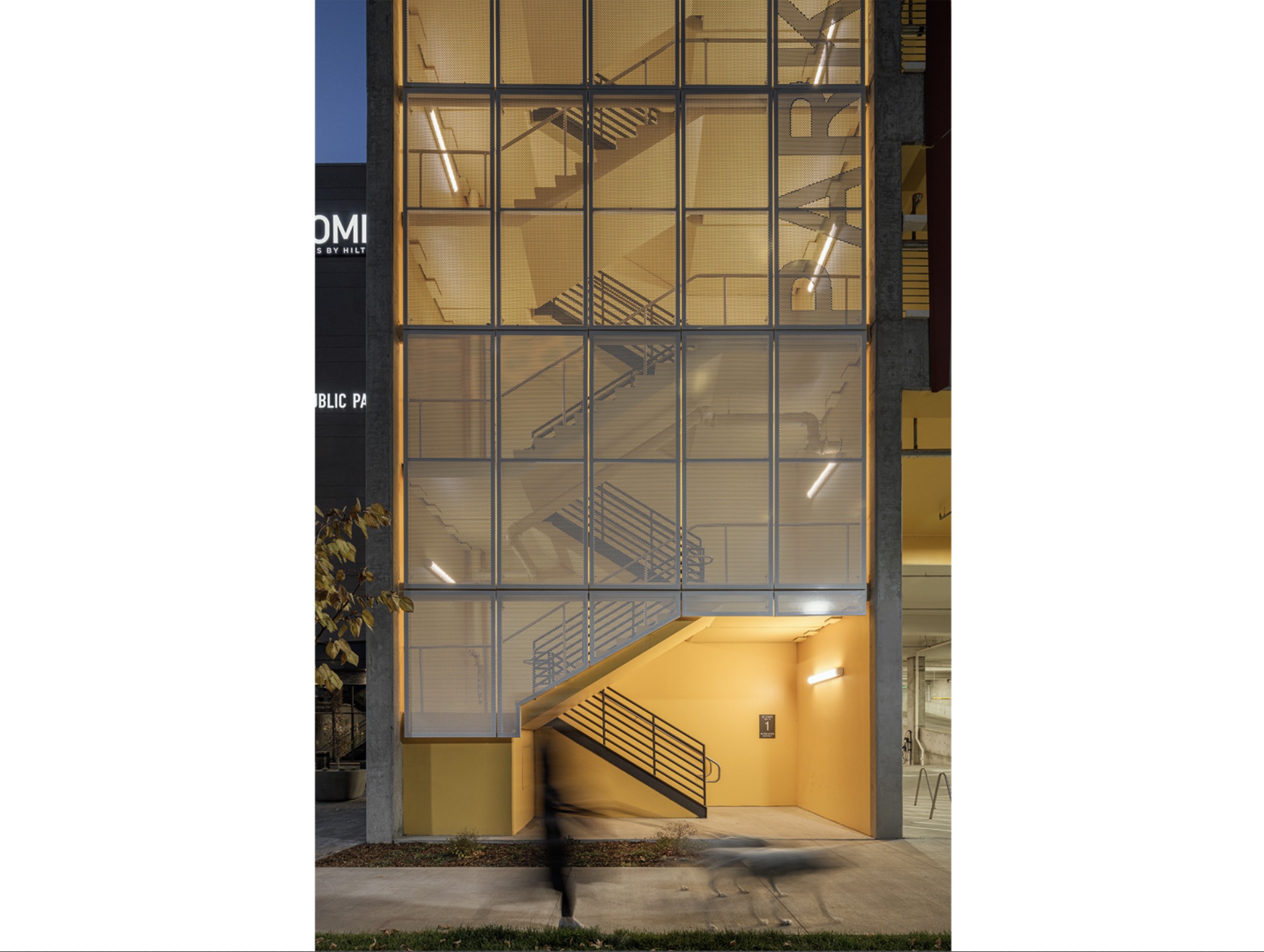 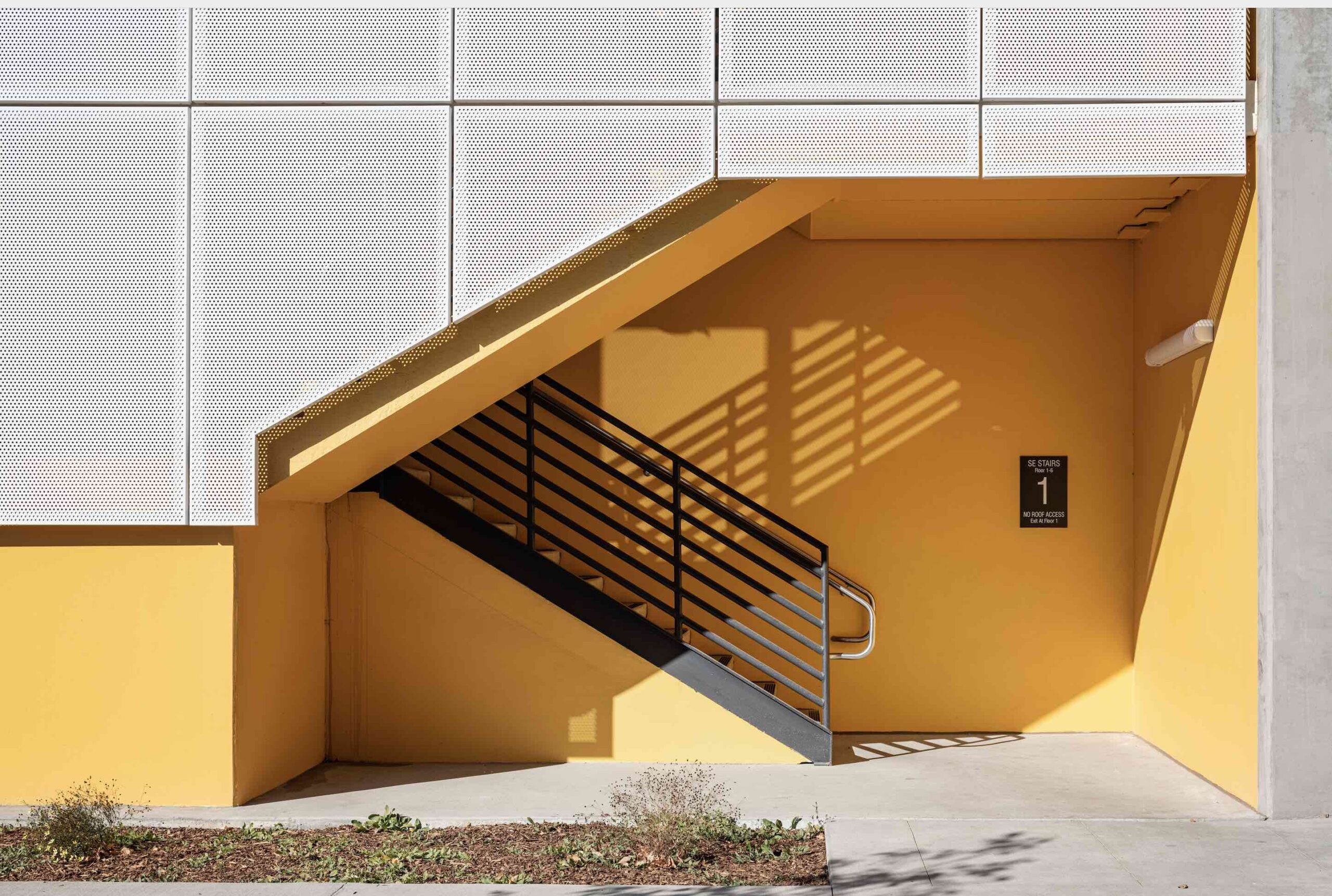 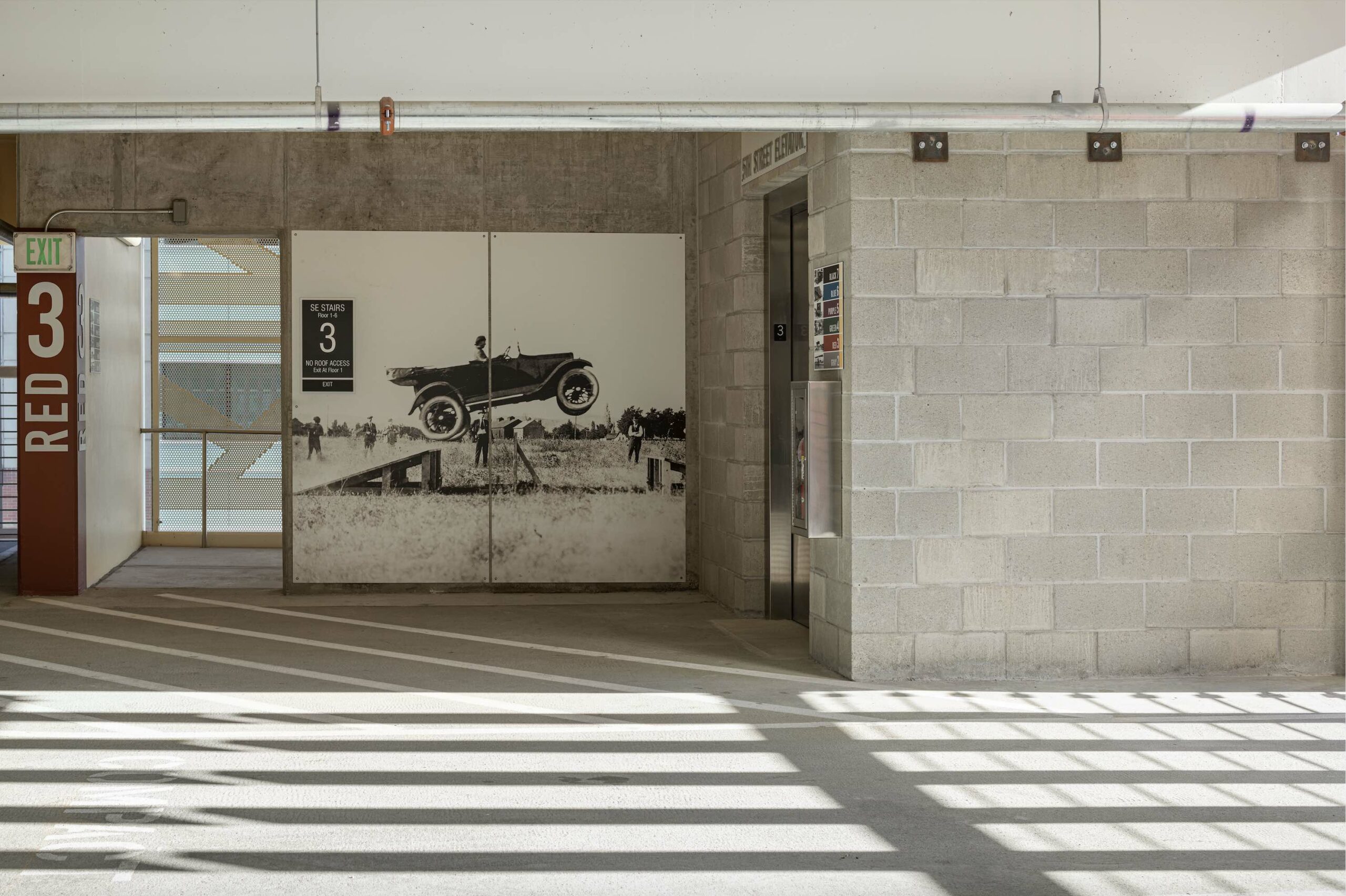 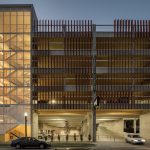 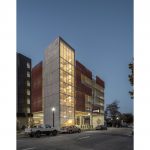 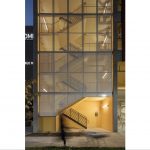 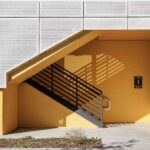 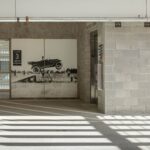 The Front Street Garage, located on the edge of the Old Boise District is an engaging and inviting visual example of functional urban architecture. The brightly lit building is part of the greater Front Street Development and provides approximately 650 stalls on seven levels replacing an inefficient surface lot and providing future capacity supporting the area’s cultural and redevelopment efforts. The project also includes a pocket park with seven story public art installation (under development) and public plaza.

The project’s design team was challenged with developing a brightly lit, safe, clean and activated parking structure. The result provides visual excitement for both users and the traveling public through its layering of color, texture and transparency. The post tensioned cast in place concrete structure is left unfinished and cladded with a grid of undulating bi-colored metal fins whose profile provides an everchanging visual effect whether on foot, or bicycle, or by vehicle.

The surprisingly light appearance of the building is anchored on opposite corners by concrete shrouded stair towers serving as glowing beacons. Vertical movement is accentuated through the gradation of yellow from its dark saturation at the ground floor to its pale and light treatment at the top of the tower. Outboard stair handrails were left minimalistic as viewed through the white perforated skin, while interior guards were treated more substantially to reinforce upward movement.